Savannas are turning into novel ecosystems on our watch

Like most ecosystems on Earth, there is a fine balance between biotic (living component of an ecosystem) and abiotic (non-living components of an ecosystem) factors that allow savannas to thrive. These grassy landscapes, formed by mixed communities of shrubs and grasses interspersed by trees are experiencing changes that compromise its occurrence, as we know them; transforming into novel ecosystems right before our eyes. The growing human population has been exerting pressure through activities such as agriculture, urban development as well as unsustainable usage of water and irrigation methods from rivers and lakes, which leaves very little water in the ecosystem for life to flourish.

Other human activities such as the timber industry have transformed grasslands by clearing large areas of these ecosystems in Africa, Australia and South America. It is also known that native peoples of the past sculpted many landscapes into grasslands using fire as a management tool. With the removal of traditional burning regimes, alternate ecosystem types like forests are replacing many savannas. Additionally, the introduction of a number of exotic plant species worldwide have further altered the composition of grassy savannas to woody shrublands. Finally, with increased global warming activities, human induced climate change has started to alter the structure and function of many savannas. Increased droughts and decrease in ground water table levels threaten to convert vast grasslands into arid, desert regions.

There are different types of savanna ecoregions existing across all continents except Antarctica. These include tropical and subtropical savannas (Serengeti, Tanzania), temperate grasslands (Great Plains, USA), Mediterranean savannas (Southern Europe), flooded savannas (Everglades, USA/ Sudd, Sudan) and montane savannas (high altitude). In general, they can be found between desert and rainforest biomes, mostly near the equator. With a wide range of distribution, these ecosystems support unique forms of life, many of which are not found anywhere else. The largest savanna can be found in Africa where nearly half of the continent’s landmass is covered with savanna grasslands, supporting some of the most recognisable animals in the world including lions, hyenas, rhinos, elephants, zebras and elephants. 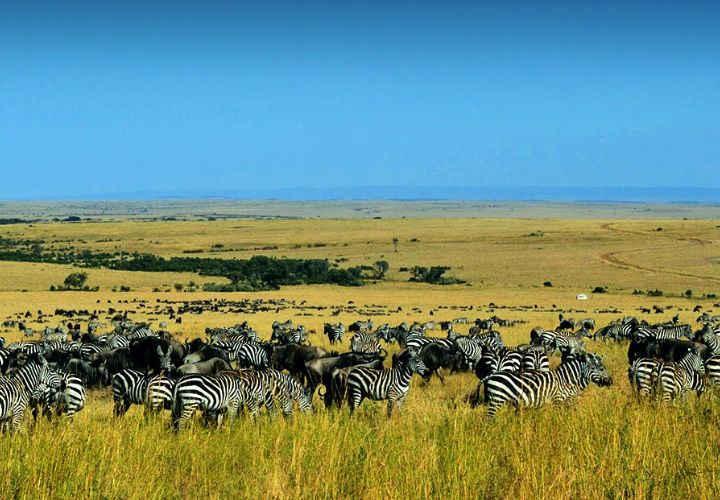 To secure the future of this unique and diversity rich ecosystema full range of options such as protection, sustainable management and restoration are available. That is why a motion to act urgently to stop imminent threats, raise awareness and encourage real commitments to grassland and savannah conservation will be voted at the IUCN World Conservation Congress next September.

On the road to a Post-2020 Global Biodiversity Framework

“Building a shared future for all life” is the slogan for this year's Biodiversity Day.

Celebrating the first Earth Day within the UN Decade on Restoration

By restoring damaged ecosystems, we can halt and reverse Earth’s biggest environmental and societal challenges.

By using this site, you consent to the use of cookies and similar technologies to enhance your user experience. For more information please visit our Terms and Conditions of Use.