The RLE methodology is meant to be used for assessing the risk of ecosystem collapse on a global scale. However, it can be applied at a sub-global scale at regional, national or subnational levels. Depending on the scale of the assessment, the overall risk category for an ecosystem may vary because the threats and the ecosystem distribution are not equally distributed over political borders.

Both national and regional perspectives have their own benefits. National assessments facilitate the understanding of the effects of certain threats over the ecosystem and are very useful to identify conservation priorities and promote management measures. While regional assessments allow a more comprehensive understanding of the ecosystem and follow ecological boundaries instead of political boundaries.

Two new RLE assessments for India and Southern South America evidenced how scale may impact RLE assessment results and how they can be used at national or regional levels depending on the purposes of the assessment.

The Indian Sundarbans form part of one of the world’s largest mangrove forests. It supports unique biodiversity and the livelihoods of millions of people. But like many mangrove forests around the world, the Sundarbans are at risk from a range of threats.

The Sundarbans mangrove forest is shared between Bangladesh (62%) and India (38%). Both have similar social, ecological, chemical, and physical characteristics; but, they are independently managed from the perspective of public policy. Thus, the RLE application on the Indian part of the Sundarbans mangrove forest may serve as a guide to the ecosystem functioning at a regional level. Nevertheless, its primary objective is to inform relevant policy changes to improve the management of this ecosystem in India.

The assessors of this ecosystem found mangrove clearing evidence as far back as at least the 1800s which led the ecosystem to be listed as Endangered. Even though some positive signs were found, several threats remain and need to be properly monitored and managed where possible. 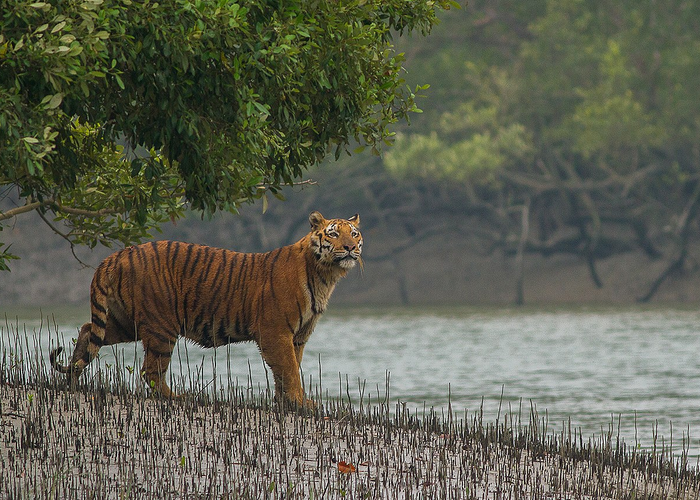 The Indian Sundarbans mangrove forest is home to the world’s only species of tiger that lives in mangroves, the Royal Bengal Tiger. Photo credit: Soumyajit Nandy.

In a multinational effort, an RLE assessment was conducted for the Sand Dunes system of the South Atlantic Coast, which is distributed across the coastlines of Brazil, Uruguay, and Argentina. As the result of a project called LEAP - Leveraging Ecosystem-based Approaches for Priority-setting, both regional and national perspectives were considered for the application of the IUCN RLE Categories and Criteria.

The ecosystem was assessed at a regional scale considering its entire distribution; additionally, an ecosystem sectorization was performed to assess the ecosystem at a national scale and inform relevant management strategies across the three different countries.

The overall risk category for the Sand Dunes system at a regional level is Least Concern as it didn’t meet the thresholds for any threat category. However, at a national level, it is Endangered in Uruguay due to a projected decline in distribution and due to its restricted distribution within this country, which is likely to decline due to major threats such as afforestation and urbanization.

Overall, in national assessments, the "artificial" boundaries may delineate only a portion of the total area occupied by an ecosystem, but it provides important policy-relevant information to local management of the ecosystems. 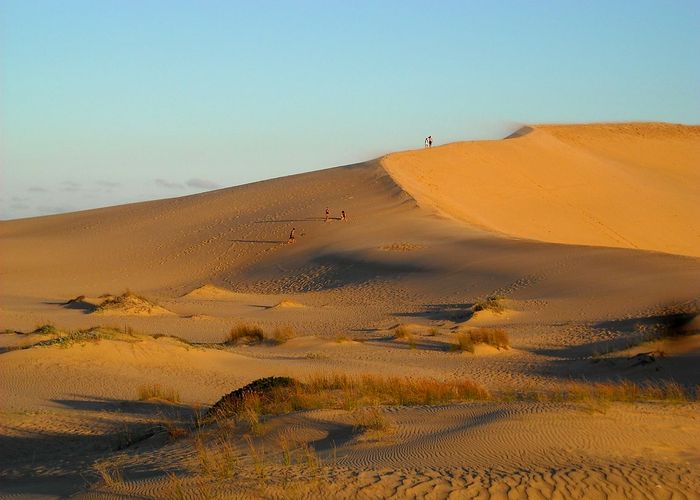 In a new RLE assessment, ocean warming and overfishing were identified as the main threats.

Hands on learning experience with the free online course on the Red List of Ecosystems!

Deakin University has created this comprehensive experience, which guides you through the complete framework for ecosystem risk assessment.

By using this site, you consent to the use of cookies and similar technologies to enhance your user experience. For more information please visit our Terms and Conditions of Use.